In the spirit of Charles Darwin, the Darwin Awards commemorate individuals who protect our gene pool by making the ultimate sacrifice of their own lives. Darwin Award winners eliminate themselves in an extraordinarily idiotic manner, thereby improving our species' chances of long-term survival.

When his 38 caliber revolver failed to fire at his intended victim during a hold-up in Long Beach , California  would-be robber James Elliot did something that can only inspire wonder. He peered down the barrel and tried the trigger again. This time it worked.

The chef at a hotel in Switzerland lost a finger in a meat cutting machine and after a little shopping around, submitted a claim to his insurance company. The company expecting negligence sent out one of its men to have a look for himself. He tried the machine and he also lost a finger.. The chef's claim was approved.

After stopping for drinks at an illegal bar, a Zimbabwean bus driver found that the 20 mental patients he was supposed to be transporting from Harare to Bulawayo had escaped. Not wanting to admit his incompetence, the driver went to a nearby bus stop and offered everyone waiting there a free ride. He then delivered the passengers to the mental hospital, telling the staff that the patients were very excitable and prone to bizarre fantasies.. The deception wasn't discovered for 3 days.

An American teenager was in the hospital recovering from serious head wounds received from an oncoming train. When asked how he received the injuries, the lad told police that he was simply trying to see how close he could get his head to a moving train before he was hit.

***
Note to Lina:  Thank you for your comments, and you made my day by saying how much you enjoyed my blog.
*** 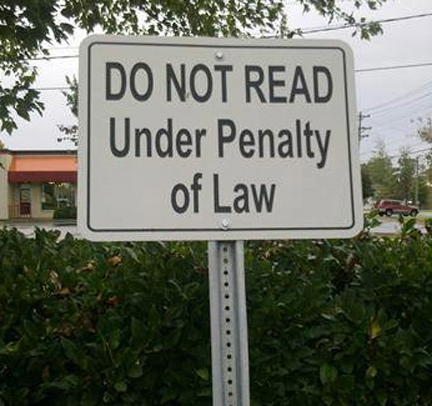 But Officer, I was only going one way! 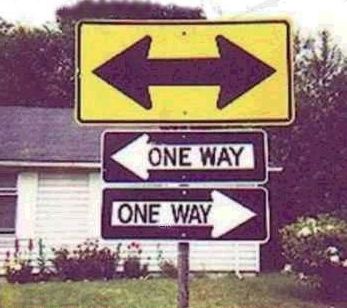