Recently I posted some photos of the Galapagos Islands, including some of the wild life.  Among my research for something to say, was a discussion about Lonesome George, the 100+ year old turtle, who was the last of his species.  Among the photos I had, was a pic of what looked like a very old turtle, but I didn’t know if that was Lonesome George or not.

Now one of my blog followers has sent me a link to a story about the death of Lonesome George.  There were pictures included, so I wanted to make a comparison.  Here is the photo I posted. 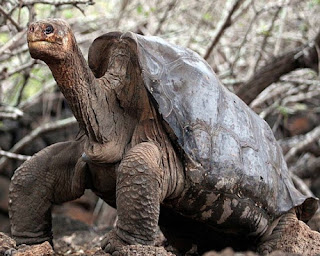 Here is a photo of just the head of the above picture.

And here’s the news article photo of old George.  Look the same?  You can decide for yourself. 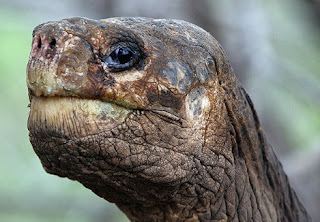 A minister parked his car in a no-parking zone in a large city because he was short of time and couldn't find a space with a meter. Then he put a note under the windshield wiper that read: "I have circled the block 10 times. If I don't park here, I'll miss my appointment. Forgive us our trespasses." When he returned, he found a citation from a police officer along with this note "I've circled this block for 10 years. If I don't give you a ticket I'll lose my job. Lead us not into temptation."