Oh my Heavens!  1940.  I was 10 years old, and these are sure familiar sights.  It may have been a year or two earlier when relatives came to visit us from Cincinnati - an Uncle Morris, I think.  Their train had ended in Oakland, of course, and they took the ferry across to the city where my dad picked them up.  Apparently they mentioned that they'd seen the new Bay Bridge, and what a lovely, graceful thing it was!  After dinner he took them in the car across that very bridge.  But they refused to believe that this huge 6 lane highway was that beautiful bridge they'd seen. 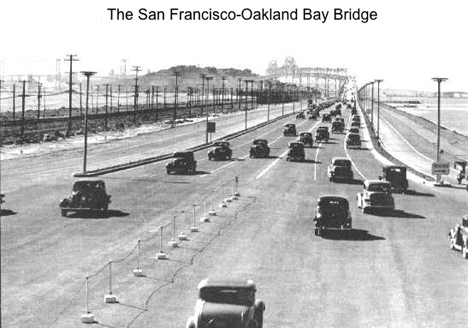 This is entering the bridge from the Oakland side which has the cantilever section of the bridge.  You can see the structure just about dead center near the top of the photo.  It's hard to see, but the Key System railroad tracks, which ran on the lower deck of the bridge, are off to the far left.  Some years later the tracks were removed, and the lower deck became one way east to Oakland, while the top became one way west into the City. 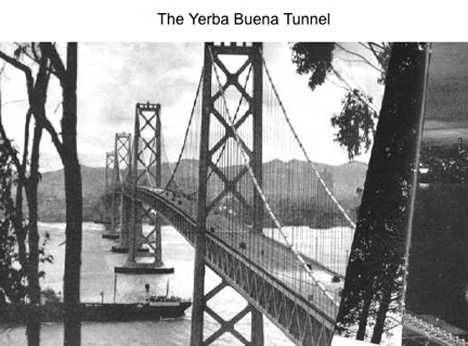 The builders cut a tunnel right through Yerba Buena Island.  One leaves the old cantilever section on the east side, and coming out of the tunnel, one is on the suspension side.  Given the volume of cars that use the bridge daily, one wag came up with this:  Yerba Buena Island has the largest underground temporary population in the world. 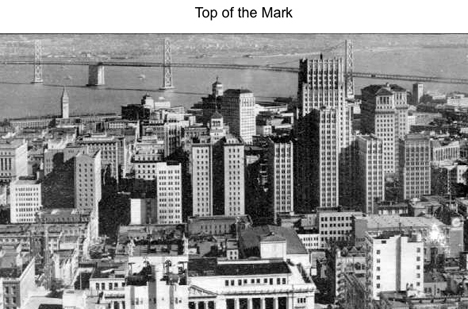 I never got to the top, but obviously the view is spectacular. 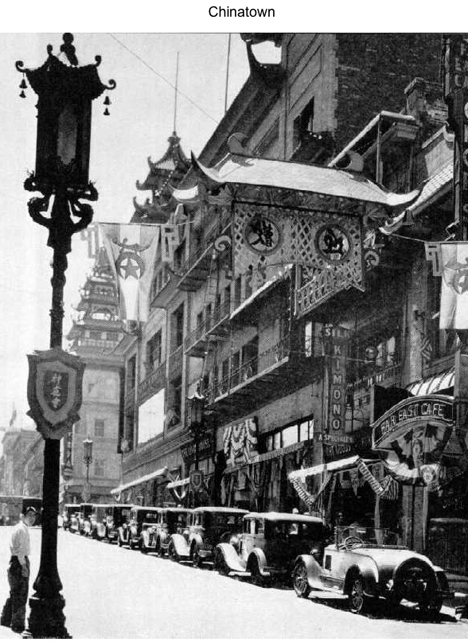 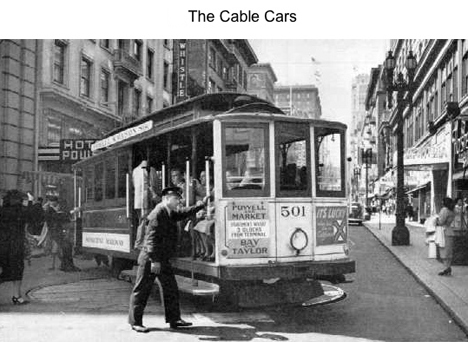 That's right at the corner of Powell and Market.  Occasionally some tourists would "help" turn the car around on the turntable.  I never did, but I certainly rode cable cars. 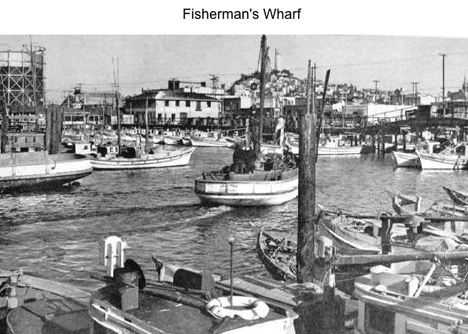 Occasionally we'd watch the boats coming back in. 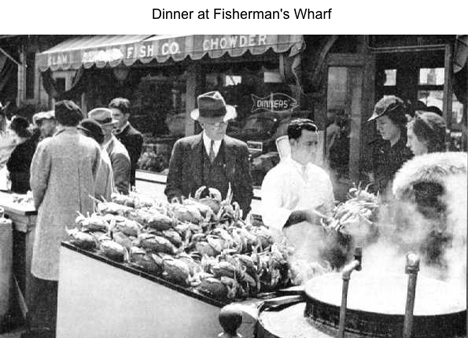 Oh, those crabs were delicious! 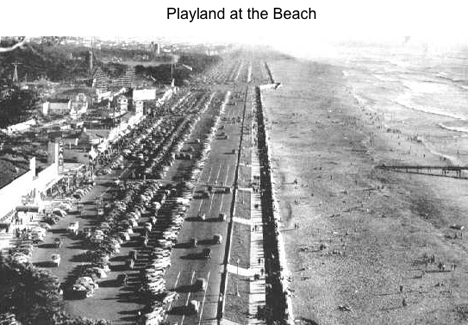 This was taken somewhere up near the Cliff House, an upscale restaurant right above the ocean. 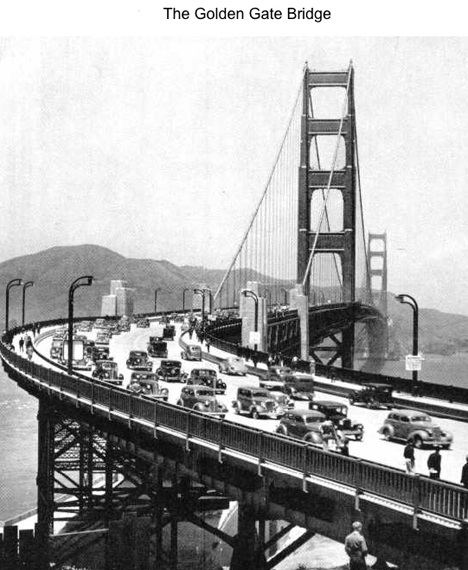 Too bad this isn't in color.  One time back in the 50's, I was on the streetcar going downtown and ran into an old high school chum.  He, too, had been in the army, and had been sent to Korea.  He was finally sent home on a ship, so I asked him what it was like to come in under the Golden Gate Bridge.  He said he couldn't even see it -- it was all fogged in that day!

Money talks, but all mine ever says is “Goodbye”.
***
A friend is someone who thinks you are a good egg
even though they know you are slightly cracked.