...through the tulips. My thanks to Pat.

At first glance, it looks like a giant child armed with a box of crayons has been set loose upon the landscape. Vivid stripes of purple, yellow, red, pink, orange and green make up a glorious Technicolor patchwork. Yet far from being a child's sketchbook, this is, in fact, the northern Netherlands in the middle of the tulip season. With more than 10,000 hectares devoted to the cultivation of these delicate flowers, the Dutch landscape in May is a kaleidoscope of giddy colours as the tulips burst into life. The bulbs were planted in late October and early November, and these colourful creations are now ready to be picked and sold as bunches of cut flowers in florists and supermarkets. More than three billion tulips are grown each year and two-thirds of the vibrant blooms are exported, mostly to the U.S. and Germany . 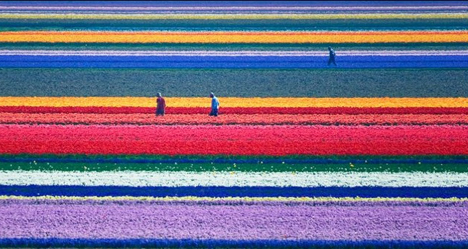 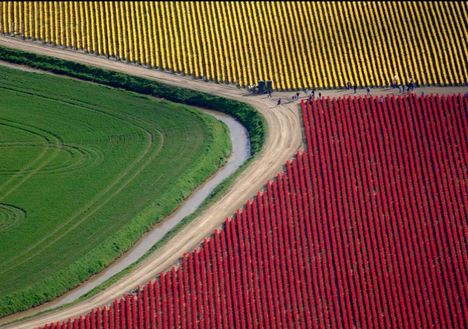 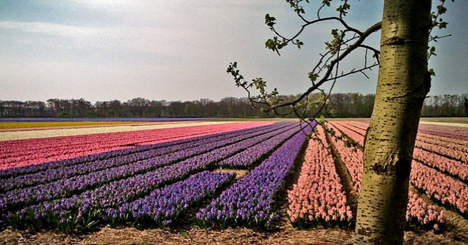 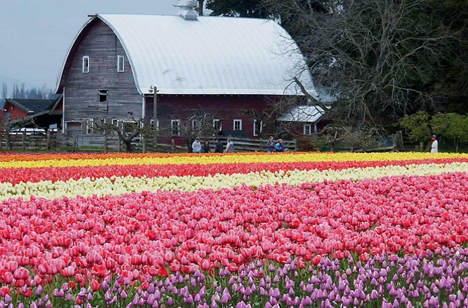 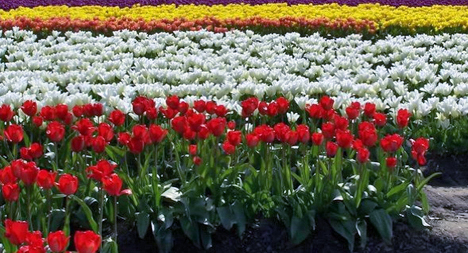 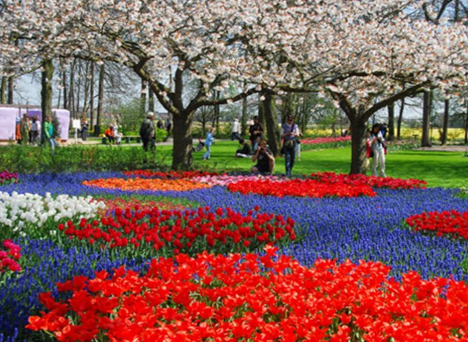 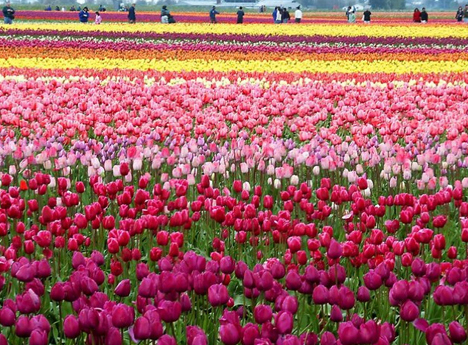 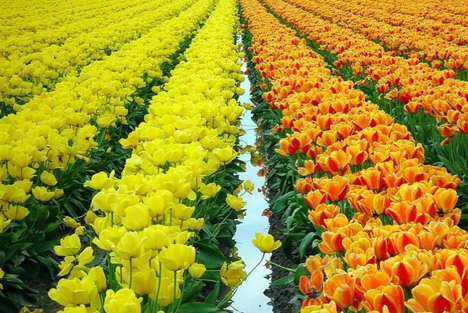 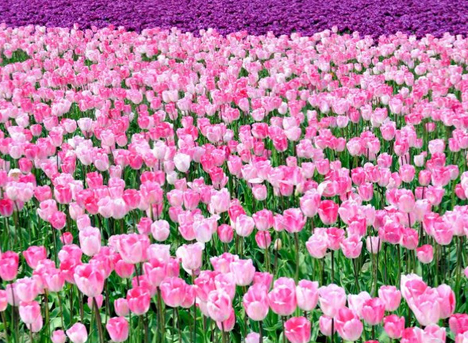 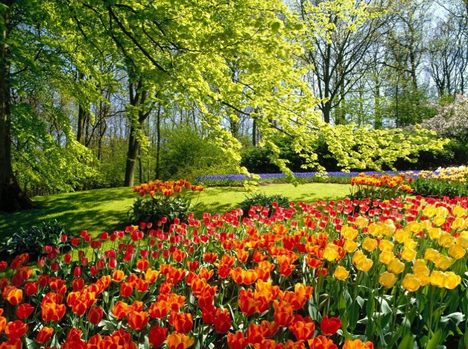 Their dazzling colors are thanks to the years in the 17th century when Tulip mania swept the globe and the most eye-catching specimens changed hands for a small fortune. But like a rainbow, this colorful landscape is a short-lived phenomenon. When the flowers are gone, the land will be cultivated for a rather more mundane crop of vegetables.

Epitaphs -
"He was a simple man who died of complications."

"Stranger, tread this ground with gravity. Dentist Brown is filling his last cavity."

"Harry Edsel Smith: Looked up the elevator shaft to see if the car was on the way down. It was."
Posted by Don Meyer at 4:17 PM