INSIDE THE CALIFORNIA ACADEMY OF SCIENCES

We started downstairs in the aquarium. Have a look.


The exhibits are quite well done.

Some zoom up! Some zoom down. 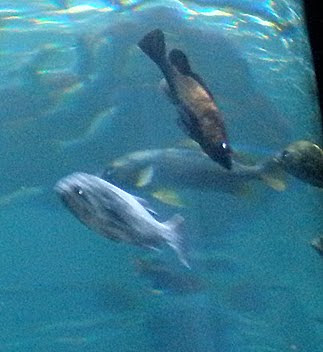 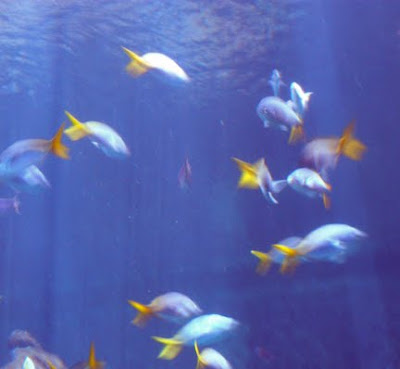 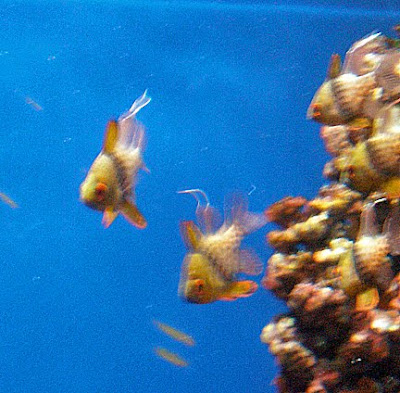 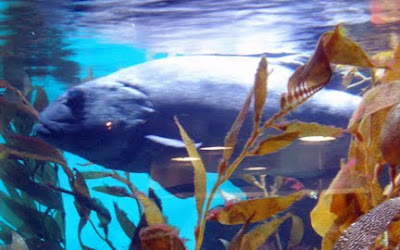 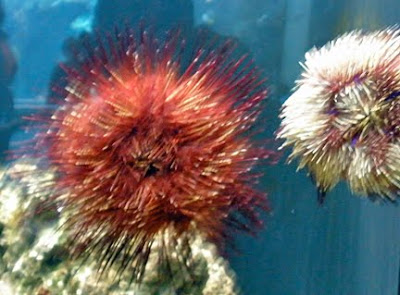 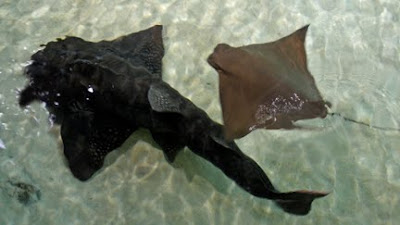 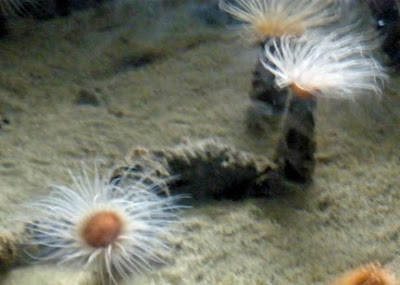 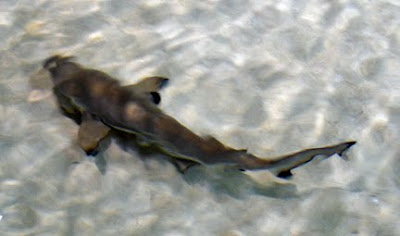 On the first level, there are many other exhibits. Here are a few examples:

No, these are not waiters in tuxes. 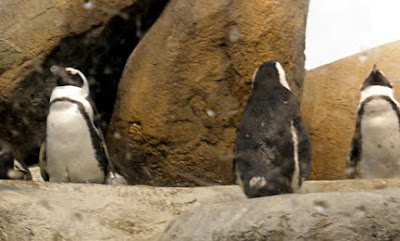 Ok, you know what this is ... a hippoallirhinoraff? 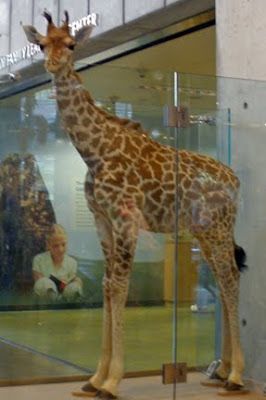 The Foucault pendulum (pronounced "foo-KOH", is named after the French physicist Léon Foucault, and was conceived as an experiment to demonstrate the rotation of the Earth. The free swinging pendulum does not rotate around to knock down the pins;
the earth rotates under the pendulum. 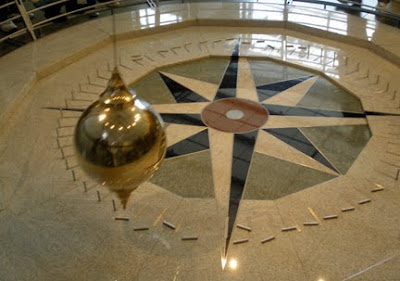 My, what big teeth you have, grandma. 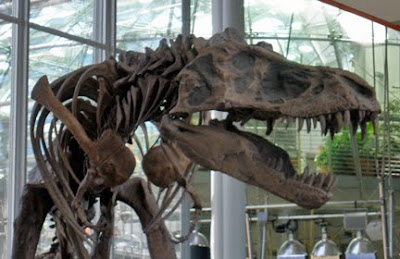 Cliff is not really a part of the exhibit. 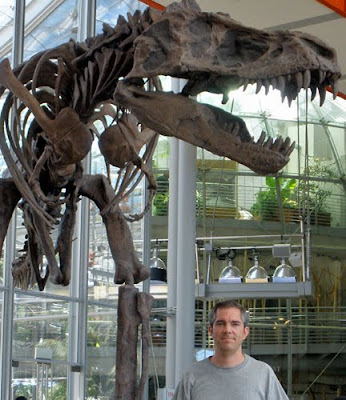 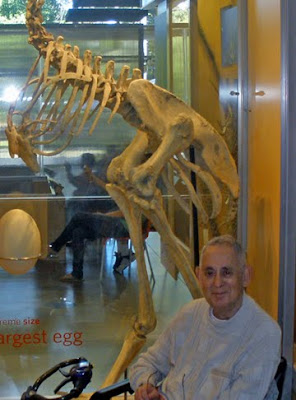 But we're told that the skeleton, fully "dressed", looked
like the one on the left, and was called an Elephant Bird. We also made it to the planetarium show, but photography was not allowed in the theater. This was a planetarium like no other I have ever seen. Instead of the large projector in the center of the room, this was like an Imax theater. We were told that there were a number of projectors around the theater designed to work together. It was quite a production, and we thoroughly enjoyed it, as we did all the exhibits.

Definition of love from a seven year old:

Love is where the girl puts on perfume, and the boy puts on after shave lotion. Then they go out and smell each other.
Posted by Don Meyer at 3:20 PM