A couple of days ago I was telling you about the nasty, itchy rash that developed.  And that the doctors thought it was an allergic reaction, but they didn't know to what.  Well, now we have a solution!  When I saw my own M.D. yesterday afternoon, he was still pretty puzzled.  No results had yet come back from the lab.  He commented that none of my drugs had changed, ... when I spoke up and said that the pulmonologist had prescribed an antibiotic for the lung infection.  "Which antibiotic," he wanted to know.  "Septra," I answered, and asked if that could be the problem.  He exclaimed, "Hell, YES!"  Seems that Septra is a sulfa drug, and now I know that I'm allergic to it.  My doc immediately called a dermatologist, who agreed to see me (this was now late afternoon).  "Oh, yes!" said the dermatologist when he saw my rash, and he went into a long explanation of what was going on.  More importantly, he gave me a couple of prescriptions to control the itching, and they work beautifully!  I'll live! 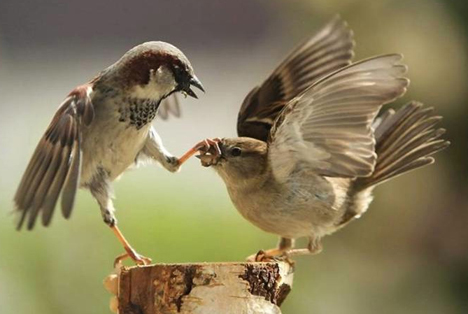 I told you to shut your mouth!
Posted by Don Meyer at 3:24 PM