Clinging on for dear life to the side of a vertical cliff, the tiny lion cub cries out pitifully for help.  The mother arrives at the edge of the cliff as her son cries out for rescue after being trapped when he slipped. 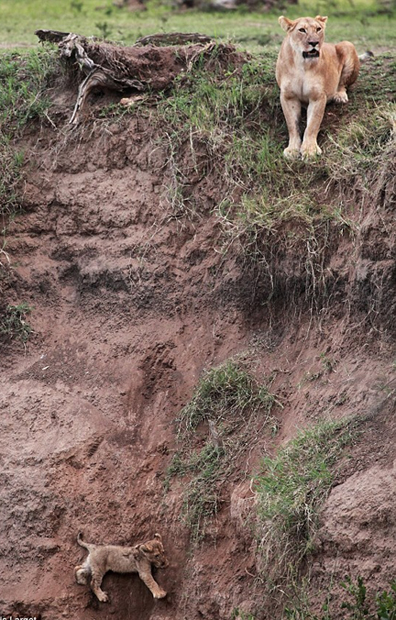 Three other lionesses and a male arrive at the edge of the precipice. The females start to clamber down together but turn back daunted by the sheer drop. Eventually one single factor determines which of them will risk her life to save the youngster - motherly love. 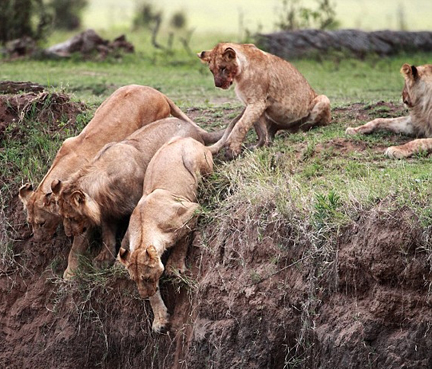 Slowly, agonizingly, the big cat edges her way down towards her terrified son, using her powerful claws to grip the crumbling cliff side. One slip from her and both animals could end up dead at the bottom of the ravine. 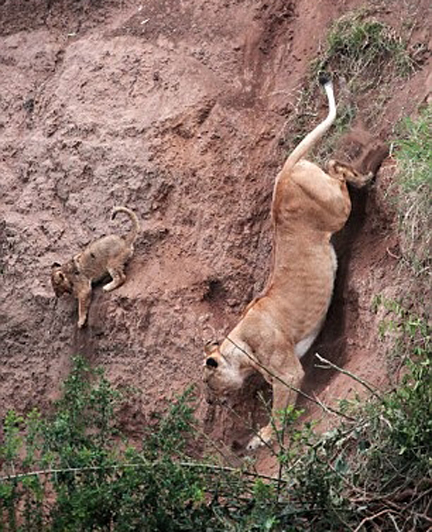 Just as the exhausted cub seems about to fall, his mother circles beneath him and he is snatched up in her jaws.  She then begins the equally perilous journey back to the top. 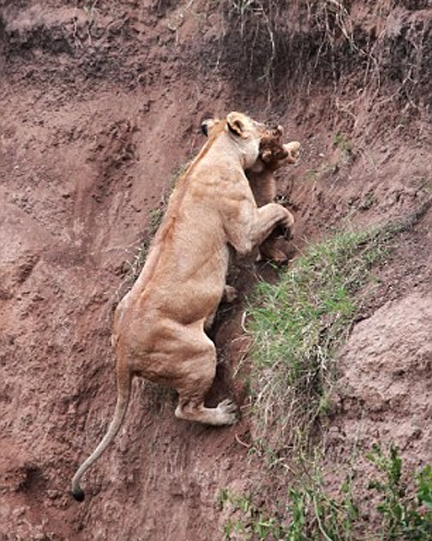 Minutes later, they arrive and she gives the frightened creature a consoling lick on the head. 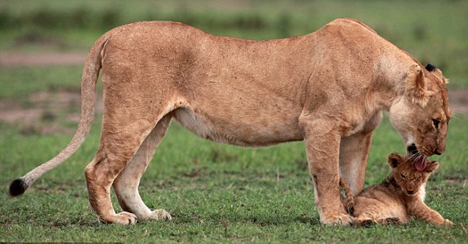 Do we need humor a this point?  Well, perhaps to relieve the tension.
Look out; it's yet another groaner --

Mahatma Gandhi, as you know, walked barefoot most of the time, which produced an impressive set of calluses on his feet. He also ate very little, which made him rather frail and with his odd diet, he suffered from bad breath. This made him (oh, man, this is so bad, it's good)...A super-calloused fragile mystic hexed by halitosis.
Posted by Don Meyer at 8:54 AM