I get my nails done at a local Vietnamese beauty shop. I’ve been going there for many years, and have had many different manicurists. One of the first was a Vietnamese lady by the name of Thuy (pronounced ‘Twee’) who has an adult daughter. When her daughter became pregnant and had a baby, the manicurist left to help take care of the child.

Now the Vietnamese manicurists I have met, except Thuy, all introduced themselves with an Anglicized name because their original names are too hard to pronounce for Americans.  For example the owner of the shop is Helen. Her husband is Ken.  My current manicurist’s name is Moon, a rather interesting name.

My standard appointment is at 10 a.m. on a Tuesday, and my appointment last week would have fallen on Christmas day.  Well obviously, that was not going to work, so for that one week we changed to two days later on Thursday.  And that is when I got quite a surprise!  As I came into the shop, the person beaming at me obviously was not Moon.  She looked familiar, but ... “THUY!” I yelled!  Yes, it was she!  As it turned out, we’d not seen each other for five years.  We knew that because her daughter’s baby just turned 5.  Wow!

And fun of a different variety -- 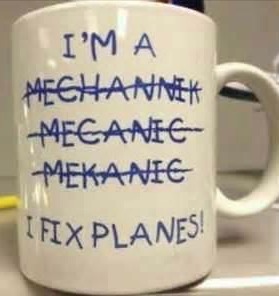