Recently there was a posting on Alison’s blog about being open to a new take on things. I’d made a comment about having a hard time with new takes in classical music, but not necessarily in general, and I said that reminded me of a story I would post on my blog. Okay, here it is:

Many years I was working as a clerk for a subsidiary of Southern Pacific. I was handling paper work of some kind, when one day my boss came up to me with a multi-page form in his hand. “Here, fill this out.” I had the data. It was simply a matter of filling in all those blanks. But as I perused the form, with all its lines and blank spaces, it struck me that the vertical spacing was typewriter spacing (remember typewriters?). I used to be an excellent typist, so I went back to my boss to ask for a typewriter. The form would be much neater and cleaner. Good Heavens! The man was horrified! “Its never been done on the typewriter. We’ve always done it by hand! You were not hired as a typist!” Somehow I convinced the man that not only would the finished product be neater, but would be done in a fraction of the time. Well! He would have to take the matter up with his superior. (He must have gotten approval.)

Ultimately he found me a typewriter, and I delivered as promised, but I left shortly thereafter. Working in the 20th century for a firm still in the 19th was not my idea of a good idea.

Is that a laptop computer? 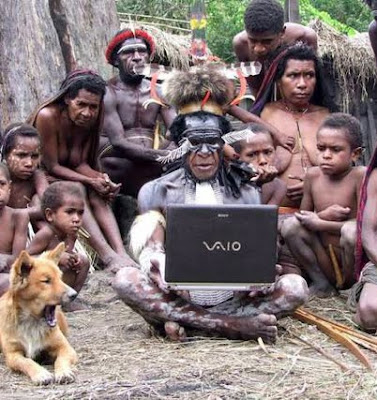