HOW LUCKY CAN I GET!

or, there are some advantages to being handicapped. Last night Cliff drove me to the bookstore in downtown Mountain View where one of my favorite authors spoke. The talk was scheduled to begin at 7:30, so I figured that if I arrived by seven, I should be able to get in the door. Well, I got antsy, and we left a bit earlier than scheduled. I arrived at the bookstore front door at 6:45, and already there was standing room only! I was on the scooter, so didn’t need a chair, As I inched past the standees and started down the aisle toward the front, a voice behind me said,“Keep going,” and I turned to see an authoritative woman telling me to go clear to the front, so I did. She had me park all the way in front at one side near a woman in a wheelchair, and that was fine with me.

Ms authoritative (whose name was Sandi) may have been the store manager, for she picked up a microphone, and was giving instructions to both other employees and the gathering crowd. Seems that those who bought the latest Gabaldon book at that store had preferred seating in the first few rows, and also would be the first to come forward to have their books autographed. I had brought my book for signature, so when I caught Sandi’s eye, I asked her how far back in the queue I might be. “You won’t,” she said, “you and she (indicating the woman in the wheelchair) will be first.” And so it was. I also got to ask the very first question when that session arrived.
So! How lucky could I get!

One fellow was sick and tired of thugs breaking into his garage shop to steal tools, etc. So, he came up with this idea. He put the word out that he had a new Mexican Lion that would attack anyone that broke in or climbed his fence. Would-be thieves saw the "Lion" from a distance and fled the scene. 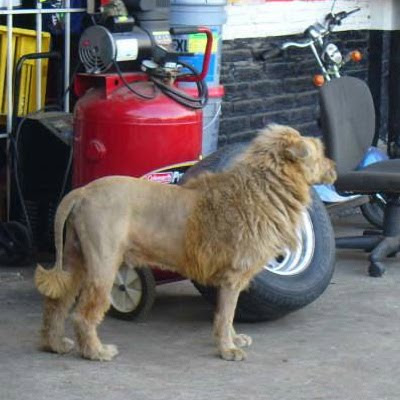 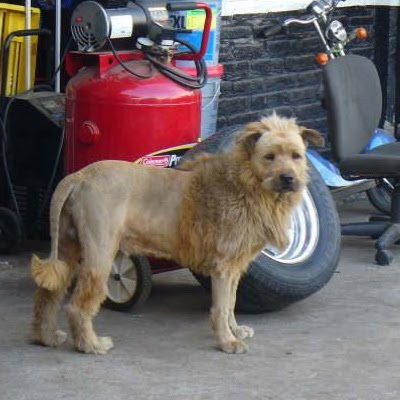